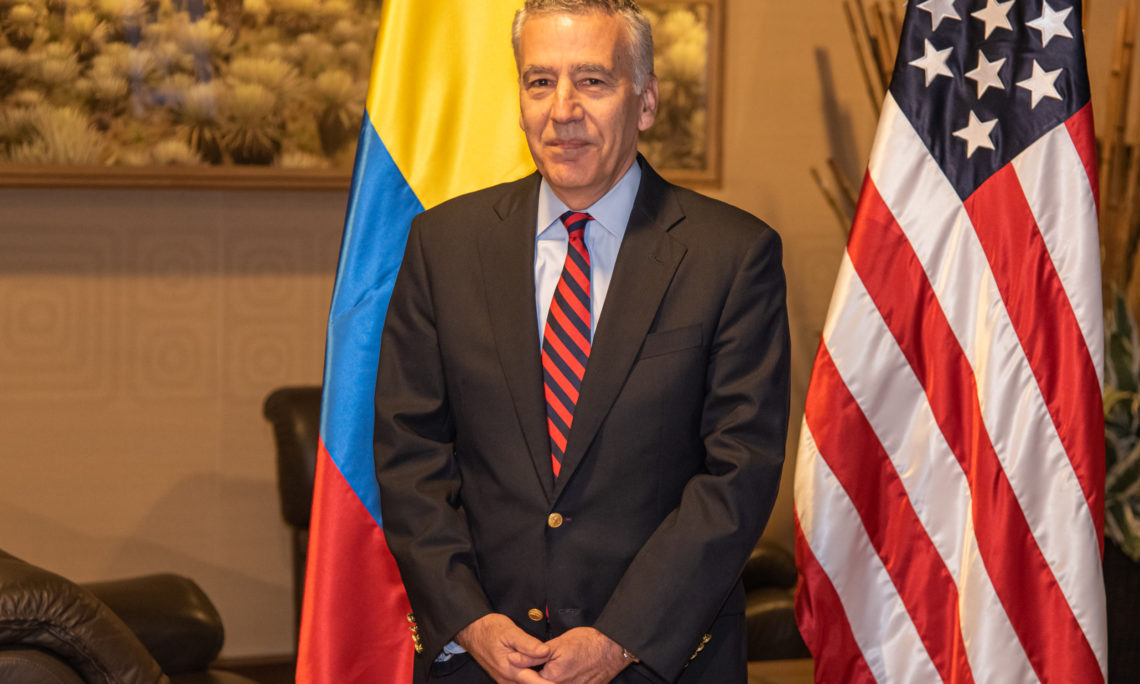 The Embassy is happy to announce that the new U.S. Ambassador to Colombia, Philip Goldberg, arrived to Bogota the afternoon of Saturday, September 14.

Philip Goldberg was confirmed as the U.S. Ambassador to Colombia by the U.S. Senate on August 1, 2019. Ambassador Goldberg is a high-ranking career U.S. diplomat who has previously served as Charge d’Affaires at the U.S. Embassy in Havana, Cuba (2018), Ambassador to the Philippines (2013-2016), Ambassador to Bolivia (2006-2008), and Chief of Mission in Pristina, Kosovo (2004-2006). In Washington, Ambassador Goldberg served as Assistant Secretary in the Bureau of Intelligence and Research (2010-2013). Before that, he was the Department of State’s coordinator for the implementation of UN sanctions on North Korea (2009-2010).

Upon arriving to Colombia, Ambassador Goldberg said: “I am very happy to be here in Colombia. As ambassador-designate, I look forward to working with our Colombian partners to continue our close relationship, which is one of the most important in the region. I look forward to presenting my credentials to the Colombian government shortly.”

Ambassador Goldberg, who is a high-ranking member of the Department of State, comes to Colombia with ample experience leading and administering complex U.S. missions with large interagency components and a strong knowledge of U.S. foreign policy, security, and Latin America.