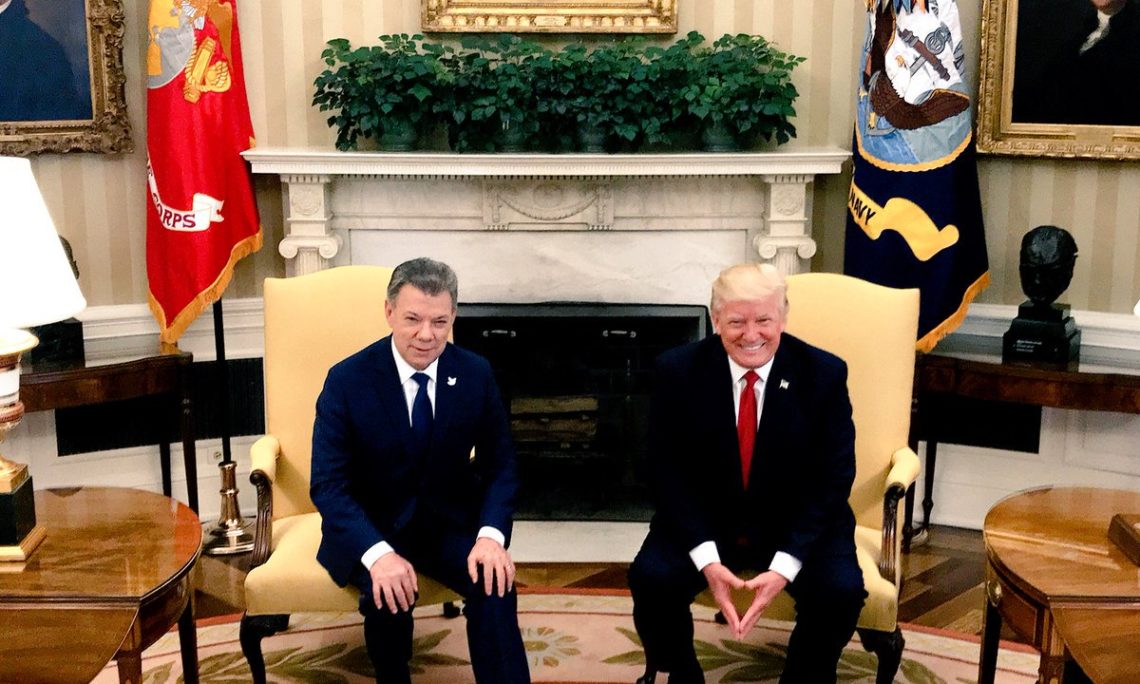 President Donald J. Trump met with President Juan Manuel Santos of Colombia to discuss ways to deepen the close friendship and longstanding partnership between the United States and Colombia.  President Trump underscored the United States Government’s support for the successful implementation of Colombia’s historic peace accord and highlighted the need for Colombia to make quick and concrete progress in curbing coca cultivation and cocaine production.  President Trump commended Colombia’s great leadership in training its neighbors in Central America and the Caribbean on security efforts.  President Trump and President Santos also discussed the importance of strengthening bilateral trade and investment ties and increasing opportunities for United States military sales to Colombia.  The leaders exchanged concerns about the deepening political and economic crisis in Venezuela and discussed the importance of preserving democratic institutions in that country.