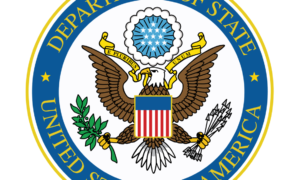 Today, the U.S. Department of State announced rewards up to $10 million each for information leading to the arrest and/or conviction of Seuxis Hernandez-Solarte, aka “Jesus Santrich,” and Luciano Marin Arango, aka “Ivan Marquez.”  Both are former senior leaders of the FARC who dropped out of the peace process and have a long history of involvement in drug trafficking activities, which resulted in their criminal indictments.

The United States values its partnership with Colombia.  We will continue the strong U.S.-Colombian law enforcement information sharing and capacity building efforts which are essential to disrupting and dismantling transnational criminal organizations operating in the region.  We also share Colombia’s concern that the Maduro regime is providing support to illegal armed groups from Colombia.

These rewards are offered under the Department of State’s Narcotics Rewards Program (NRP).  More than 75 major narcotics traffickers have been brought to justice under the NRP since it began in 1986.  The Department has paid more than $130 million in rewards for information leading to those apprehensions.

The Bureau of International Narcotics and Law Enforcement Affairs manages the NRP in close coordination with the Drug Enforcement Administration (DEA), the Federal Bureau of Investigation (FBI), the U.S. Immigration and Customs Enforcement/Homeland Security Investigations (ICE/HSI), and other U.S. government agencies.  These actions demonstrate the Department’s commitment to supporting law enforcement efforts and a whole of government approach to combatting drug trafficking and transnational organized crime.

For more information on the individuals listed above and the NRP, please see https://www.state.gov/inl-rewards-program/narcotics-rewards-program/ or contact INL-PAPD@state.gov.